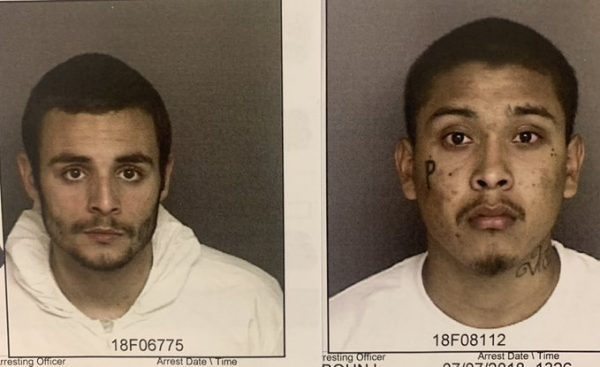 Two men who were being held in jail on charges of gang-related murders and other violent crimes escaped from the Monterey County Jail in Salinas on Sunday morning, according to the Sheriff’s Department.

Officials are asking the public to be on the lookout for Santos Samuel Fonseca, 21, and Jonathan Salazar, 20, men who were being held in the county jail pending murder charges in separate cases. Deputies are not currently disclosing how the men escaped.

“Do not approach them, as they are considered dangerous,” the sheriff’s office said in a Facebook post.

In June 2018, Fonseca was arrested in connection with two murders that occurred in Salinas during a four-day period. His bail was set at $2.25 million.

In July 2018, officers arrested Salazar and a 15-year-old male for the murder of one man and the attempted murder of another.

Investigators describe both men as Hispanic, with black hair and brown eyes, 5 feet 7 inches tall and weighing between 150 and 170 pounds. Salazar has the letter “P” tattooed on his face.

Investigators are asking anyone with information on the location of either man to call the Monterey County Sheriff’s Office at (831) 755-3722.