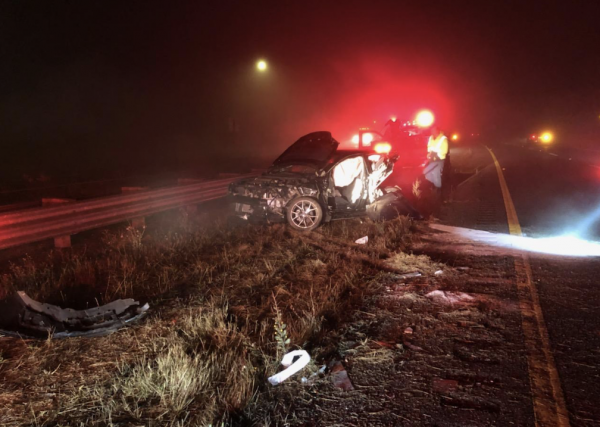 At least two people suffered major injuries and one person was arrested following a crash late Sunday night on Highway 101 near Highway 166.

Shortly before midnight, a white sedan was traveling at a high rate of speed when it crashed into a black car on northbound Highway 101 at the Highway 166 on-ramp. The white sedan drove 40 feet off the roadway, rolled over and landed on its roof, according to the CHP.

CHP officers arrested one person who was also transported to Marian Regional Medical Center for treatment. The CHP has not yet released the names of the suspect or the victims.