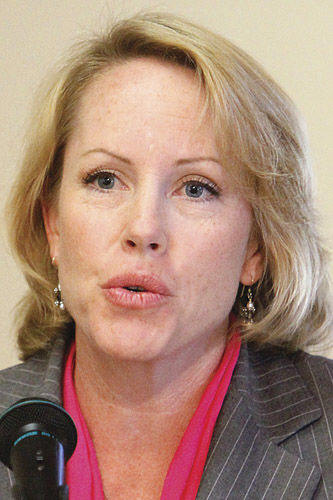 Following pleas from the public not to raise their salaries, the Arroyo Grande City Council voted 3-2 on Tuesday to give themselves a 60 percent increase and Mayor Caren Ray-Russom a 97 percent increase in pay.

Ray-Russom, Councilman Keith Storton and Councilwoman Kristen Barneich voted in favor of raising the stipend from $405 to $648 for the four council members and to $798 for the mayor. Ray-Russom said she sought the stipend increase because other city councils were receiving more money

During public comment, residents rebutted Ray-Russom’s argument, noting the council’s benefit package has increased by more than 60 percent. The councils medical benefits are the second highest in the county.

Sandra Bochicchio voiced her anger at the child-like behavior of council members.

“How dare you even think about giving yourself a raise when we are in a financial hole,” Bochicchio said. “You have done research and presented evidence of other city official compensation. But this is like little Johnny going to his parents, ‘Mommy, mommy, mommy, I want this toy because all my friends have it.’ Just because Tommy has that toy does not mean that you need to have it.”

The city is currently experiencing a $3.5 million shortfall for infrastructure repairs. As a result, city officials are considering raising water and wastewater rates, and initiating a stormwater management tax.

Ray-Russom said in the next 15 years she would have to replace her roof, which she is not setting money aside for. She then compared the city not having money set aside for needed capital improvements as the same as her not saving money for a new roof.

“We have a balanced budget,” Ray-Russom said. “The reason that we are asking or potentially looking at other things, is when you hear that, next I want you to be listening and hearing to that roof savings.”

Both Ray-Russom and Storton said that the raises were needed to attract a younger and diverse council.

Barneich argued that she was not receiving her entire stipend, because the city was keeping part of it to pay for her family’s monthly insurance premiums, on top of the $1,707 the city is already paying for Barneich’s family’s insurance costs.

Both Councilwoman Lan George and Councilman Jimmy Paulding voted no, saying it was the wrong time to raise council pay.