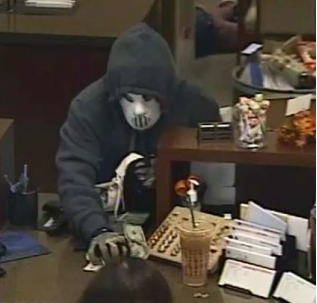 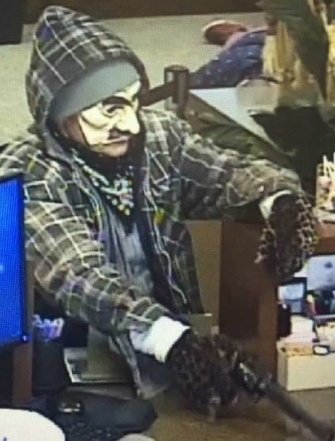 At 9:20 a.m., two masked men entered the bank holding handguns, and demanded cash. The men left the bank with an undisclosed amount of money, and drove away in a gold Honda.

Later, officers discovered the Honda in the 1800 block of Oak Street. They have now identified a white truck as a second vehicle of interest.

The suspects were wearing costume masks, one of an old man and the other a white mask. Both men wore gloves during the robbery.

Police are asking anyone with information about the robbery, the suspects or the vehicles to contact the Paso Robles Police Department.