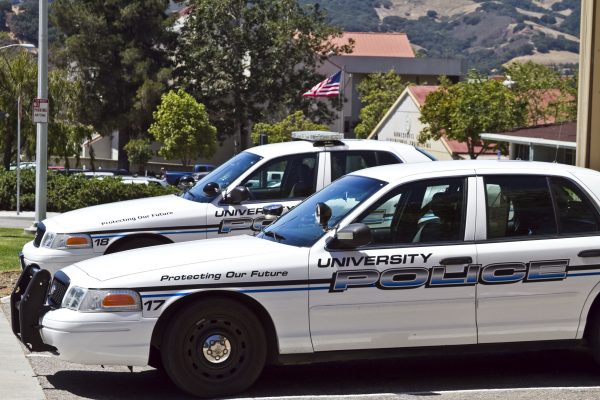 The Cal Poly San Luis Obispo Chapter of the California Faculty Association (CFA) has accused campus police of racial profiling, according to a letter the CFA sent members on Thursday. [Cal Coast Times]

A faculty member of color reported an act of racial profiling to the CFA based on an alleged incident that occurred earlier this quarter. A campus police officer allegedly pulled over the faculty member, handcuffed the professor and searched their vehicle without providing a reason for the stop or the search.

“The treatment that this faculty member was subjected to was disturbing and humiliating and the faculty member’s dignity was severely compromised,” according to the CFA. “The faculty member continues to fear being randomly stopped again by campus police.”

Because of a lack of trust in campus administration and fear of retaliation, the faculty member reported the incident to the CFA and not school officials, according to the CFA.

In response, Cal Poly President Jeffrey Armstrong said the university had not previously been aware of the allegation, and has since opened an investigation.

“If any member of our campus is harmed, we want and need to know about it,” Armstrong said in a letter to the campus community. “We will do all that we can to support them, bring about justice, and ensure their ongoing safety, wellbeing and comfort. We can only do this if incidents are reported, which allows us to launch an investigation, hold accountable those who are responsible, and take corrective action to help ensure similar incidents don’t happen again.”