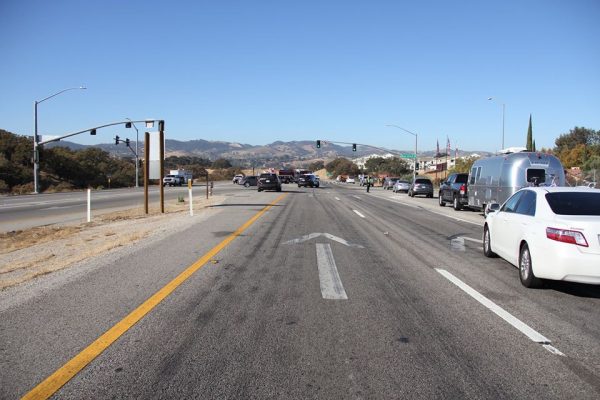 An 83-year-old Southern California man died in a crash on Highway 46 in Paso Robles on Monday morning.

Shortly after 9 a.m., a 2002 gray Buick and a 2001 red Ford Ranger collided at Highway 46 and Buena Vista Drive. Officers found the 83-year-old driver of the Buick dead inside his vehicle, according to the Paso Robles Police Department.

The deceased man, who name is not being released pending notification of his next of kin, was from Coronado.

Neither drugs nor alcohol are suspected to be factors in the crash. It is unclear what caused the crash.