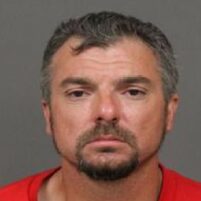 Arroyo Grande police arrested a felon on bail for drug charges, after finding him on Tuesday with methamphetamine and heroin packaged for sale.

Shortly before midnight, an officer pulled over a truck on the 100 block of S. Halcyon Road for a code violation. Officers quickly discovered the driver, 49-year-old Aaron Charles Kirby, was out on bail, following a July 8 arrest for possession of a large quantity of methamphetamine and evidence of narcotics sales.

Based on his parole status, officers searched Kirby’s truck and located approximately two ounces of methamphetamine, 13 grams of heroin packaged for sale and other evidence leading them to believe Kirby was again selling narcotics.

Officers booked Kirby into the San Luis Obispo County Jail on charges of possession of narcotics for sale, violation of parole, and for committing a felony while out on bail. His bail is set at $100,000.