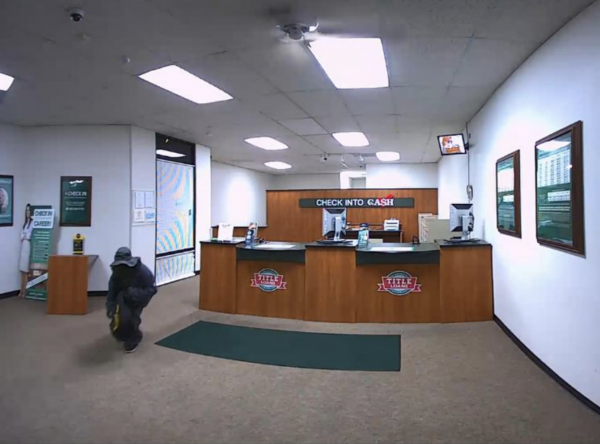 Morro Bay police are searching for a robber who allegedly tied up a clerk at a check cashing store Wednesday evening, locked her in a restroom and made off with about $2,000.

At about 5:41 p.m., the suspect entered the Check Into Cash at 1065 Kennedy Way, brandished a silver or nickel-plated handgun and ordered the female clerk to open the business’s safe, according to the Morro Bay Police Department. After unsuccessful attempts to open the safe, the robber tied up the clerk.

The suspect reportedly left the clerk tied up with duct tape and locked her inside a restroom.

Meanwhile, the robber stole approximately $2,000 from one cash register and fled the scene in an unknown direction. Police say the robber was inside the check cashing store for a total of three or four minutes.

The clerk managed to break free and call 911 after being tied up for several minutes. The robber never threatened to harm the clerk,  police said.

Police describe the suspect as 5 feet 10 inches to 6 feet tall, and weighing approximately 190 pounds. He was wearing oversized dark overalls with a white emblem on the left upper arm and a light blue emblem on the back, as well as a dark green balaclava under a hat. He was carrying a yellow and dark gray or black backpack with light colored lettering positioned vertically on the back of the bag. 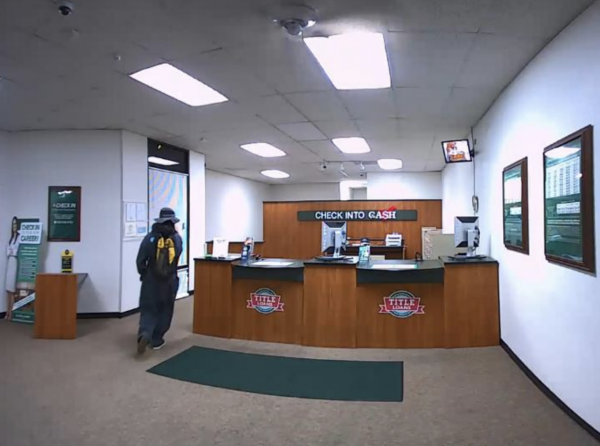