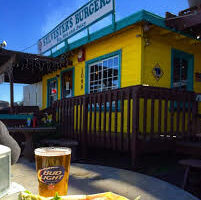 On Thursday, an employee of Sylvester’s Burgers on El Camino Real arrived to work to discover someone had broken into the business while it was closed for the night. After discovering missing cash and items, the employee called 911.

During the initial investigation, officers spoke with a witness who remembered seeing a former employee of the restaurant, Sean Altman of Paso Robles, in the area the previous night. Detectives then tracked some of the stolen property to Paso Robles.

Detectives located Altman in Paso Robles later in the day. They also found evidence that Altman had been in possession of, and had subsequently sold some of the property stolen from Sylvester’s Burgers.

Officers arrested Altman and booked him into the San Luis Obispo on charges of burglary and possession of stolen property.