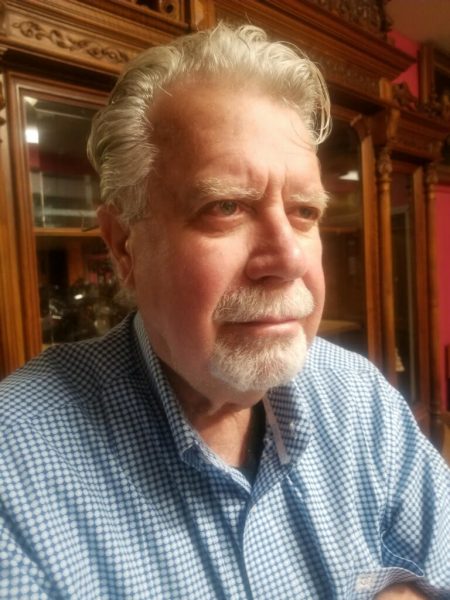 Opinion by Peter Keith, an open letter to State Parks

I am the former mayor of Grover Beach, and current ‘charter member’ of the Technical Review Team (TRT), which reports to various state agencies including State Parks and the California Coastal Commission. The TRT has been engaged for the past eighteen years, endeavoring to establish a habitat conservation area, both within and areas surrounding the Oceano Dunes Off Road Vehicular Recreation Area, as well as mitigating  airborne sand particulate matter.

Without engaging in details that can be secured otherwise, I would very much like to rapidly get to the point of this communique. The subject is the California Oceano State Dunes off road vehicular recreational area. One of the most significant concerns affecting the entire off road dunes riding area and downwind communities is windblown particulate (microscopic sand) that is seen as a major health issue by those agencies monitoring the air load of particulate matter.

In addition, some science and measurements indicate windblown particulate is exacerbated by off road vehicular use within the riding area of the Oceano Dunes.

You are undoubtedly aware of the many, many attempts, by state parks to address the issue of windblown particulate and the continued failure to fully and successfully address this task; and of course the numerous law suits brought against the state by various agencies, public organizations and individuals to stop (or significantly reduce) off road recreation in the Oceano Dunes while identifying and eliminating the majority of airborne particulate and its sources.

The plan in general:

A Phillips 66 oil refinery exists east of and adjacent to the dune recreational area of the dunes. That facility is licensed to issue approximately one half million gallons of water (treated to an industrial level) per day and discharged through an existing pipeline that empties into the Pacific Ocean some distance at sea. To better visualize that  amount of water flow think of the flow as 575 thousand gallons per day +/- or 300 gallons per minute!  That pipeline runs directly through the dune riding area and is quite easily accessed.

My simple proposal is to use that existing water to irrigate the dune riding area to a (percolated) depth sufficient to hold sand in place while recreational activities exist on the surface. Further use of the fore mentioned water source may be used to irrigate trees on the eastern edge of the dune riding area which would be planted by state parks and would further screen remaining airborne particulate from migrating into developed neighborhoods, thus eliminating or significantly reduce unhealthful airborne particulate

The source of water used by Phillips 66 Refinery is a fresh water, on-site well. That water, treated to federal and state requirements after its usage at the refinery plant.

That post-water-usage meets all appropriate national industrial levels for discharge and meets national pollutant guidelines established by E.P.A. and subsequently by the state regional control board. The water elimination system has been approved by the 1976 federal clean water act and applies directly to waste water discharge from Phillips 66 Refinery sighted at the eastern edge of the Oceano Dunes Scape recreation areas.

The above plan may well end numerous lawsuits against the state regarding downwind human health issues relative to the dune recreational area. And of course, sustain usage of off road vehicular riding areas that have been chartered by the State of California for that specific recreational purpose.

The use of treated Phillips 66 Refinery fresh water for irrigation is economical (perhaps free of charge), immediately available, and safe even if the level of water treatment needs an upgrade in quality status!

This irrigation process, will secure usage of off road recreational dune areas by eliminating further health related outrage from downwind communities regarding airborne particulate matter and their related health concerns.

Without burdening you with further detail I would like to suggest a meeting either here at the Oceano Dunes Parks and Recreation offices or your office in Sacramento, as soon as possible, since the Calif. Coastal Commission appears to have lost confidence in State Parks ability to mitigate this urgent issue is on the cusp of permanently closing the state authorized, mandated off road vehicular activity in and on the Oceano Dunes.

The community of Oceano in general, feels and publicly complains about being overwhelmed by the number of negative impacts on their community by recreational dune usage. Because Oceano is in fact the primary gateway community to the dunes, I and many, many others think some form of mitigation for the overabundance of usage of that gateway community is greatly overdue!

My suggestion would be to mitigate that negative situation within the community immediately. Accomplish this by dedicating one dollar of every dune entry fee to the Oceano Community through its official community administration offices. Subsequently, the dunes entry fee could be raised by one dollar or more to compensate for the one dollar loss to state parks.

Who is going to stop coming to the dunes to recreate? I would suggest few if any financial loss would be negligible or non-existent.

I believe the above concepts hold great possibilities and can be put in place quickly, affordably and most importantly, successfully.

The State of California, the surrounding communities and tourism, meaning all stake-holders could well see this proposal as a win-win.

I am looking forward to your return communication.

Peter Keith is a former Grover Beach mayor and two term council member. He played an active and leadership role in the cities name from Grover City to Grover Beach. He is an avid A.T.V., motorcycle  and dune buggy advocate and participant in off highway recreational use.

Peter is also a founding member (18 years) of the ‘Technical Review Team’ representing the local business communities interest in maintaining Oceano Dunes access for off road vehicles, the ‘Technical Review Team’ reports to various state agencies including the Coastal Commission regarding planned habitat, etc. In 1977, Peter was a member of the Grover citizens team which wrote the original ‘Local Coastal Plan,’ the first such plan to be certified by the State of California. Please note, Peter’s expressed views are not necessarily representative of those of the T.R.T. but rather are his personal views and  understandings.

Peter is also the founder of the annual ‘Stone Soup Music Festival’ in Grover Beach (29 years). Peter has a strong and long standing interest in a wide variety of community events and non-profit organizations as a financial sponsor and/or executive board member. He can be reached at, pkeith@charter.net.