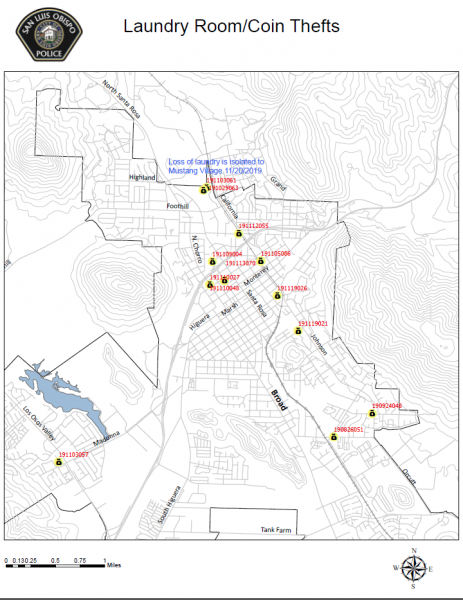 Less than a month after announcing a search for laundry thieves, the San Luis Obispo Police Department is warning about frequent thefts of coins from laundry rooms in SLO.

Over the past several weeks, there has been a major increase in laundry room coin machine burglaries throughout San Luis Obispo, police said. A map produced by the police department shows a total of 13 burglaries at 12 laundry rooms citywide since August.

Last month, San Luis Obispo police said they were searching for a pair of laundry thieves who stole about $500 of clothing from a Mustang Village laundry room. Investigators circulated a cell phone photo of the two suspected thieves. 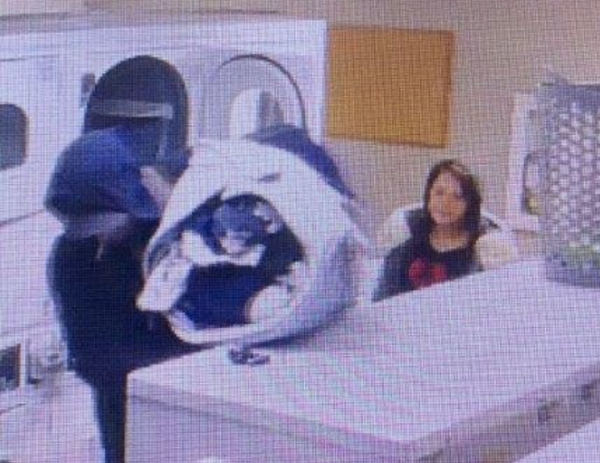 It is unclear whether the alleged laundry thieves are also suspected of stealing coins.

Police say residents and staff at complexes that have laundry coin machines should make sure laundry rooms are secured, be aware of surroundings and report suspicious activity. Likewise, SLOPD suggests considering equipping laundry rooms with surveillance cameras and flood lighting.

The police department says it is stepping up patrols around laundry rooms with coin machines.