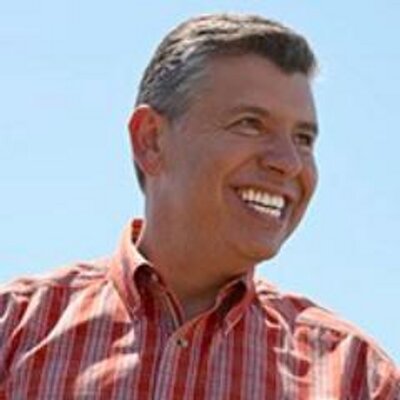 The plant tests former Lt.Gov. Abel Maldonado offered to prove he is growing hemp and not marijuana in his farm in San Luis Obispo County were based on samples that could not be used to tell the difference, the lab says.

“We tested a small amount of trim,” said Adriel Fernandez, a Cannalysis lab employee. “The testing did not determine whether the trim was from hemp or marijuana plants.”

A San Luis Obispo County Sheriff’s deputy discovered what appeared to be a large, unpermitted cannabis grow on Maldonado’s south county farm in 2018. Maldonado said he was growing hemp for a research organization, and that the deputy was mistaken.

Following up on the tip from the deputy, SLO County code enforcement staffers found what they determined to be more than 30 acres of cannabis growing on his farm.

Maldonado provided county code enforcement staffers with lab analyses he said proved the plants were hemp. He also offered documentation to show he was working with several agricultural research institutions, including UC Davis.

Code enforcement permitted Maldonado to collect and take samples of his plants to Cannalysis, a Santa Ana based laboratory, for testing. Typically in enforcement cases, the county takes the cuttings and sends them to a lab in an attempt to protect the chain of custody.

In addition, the type of samples Maldonado provided could not be used to determine the type of plant. Madonado took trim (stems and leaves), not the tops of the plant which contain the higher levels of THC, to Cannalysis. In fact, the seven certificates of analysis noted that only trim was tested.

Still, county staff declared that the reports showed the plants were hemp.

Maldonado’s claims that his farm is exempt from oversight because his plants are used for research. But UC Davis hasn’t received anything from his farm, a university spokesman said.

All of the hemp used for research at the university was grown by the soils department, according to research staff. In May 2019, a UC Davis professor penned a letter saying he looked forward to working with Runway Farms and Flawless Creations in the future, though they have not yet worked together.

Maldonado’s consultant, Brandon Gesicki, said in a string of emails he sent to SLO County in June 2019, that Maldonado is working with another research organization, Flawless Creations, while continuing to work with UC Davis.

“As part of this process, we have been working with Flawless Creations, which is a medical research and manufacturing company partnered with Runway Farms and UC Davis, among others,” Gesicki wrote in the email. “To answer your question, we are growing on 150 acres, on the same plots and property as last year.”

However, when asked how they were shipping 150 acres of dried cannabis to UC Davis, Maldonado said for the past two years, he has shipped only his highest quality hemp plants to the university, and that he sells the rest.

“We grind the plants, put them in air tight bags, and send them to UC Davis,” Maldonado said.

In response to later requests for information from reporters, Maldonado admitted he has not yet sent research samples to UC Davis.

In Aug. 2018, following the deputy’s discovery, Maldonado met with three SLO County code enforcement staffers, and explained that he was growing hemp for agricultural research for Terra Focus, and UC Davis, according to county records. To support his claim, Maldonado provided county staff a memorandum of agreement with Terra Focus

Three months earlier, on April 26, 2018, Terra Focus owner, Aubrey Karcey, filed articles of organization. On July 26, 2018, the same day the deputy discovered Maldonado’s cannabis grow, Karcey filed documents with the state reporting the business as an agricultural research center, with a listed business address of a mailbox store in Ukiah.

Courted heavily by marijuana business owners and their consultants, San Luis Obispo County officials more than tripled the number of acres a grower could cultivate on each site, leading to outrage from neighbors negatively impacted by the large pot grows and who feared unregulated hemp farms would do the same.

While both state and local governments enacted rules to regulate the cannabis industry, they failed to provide any oversight for the cultivation of hemp used for research. As a result, multiple local cannabis cultivators have operated unchecked as long as they can claim they are raising hemp for scientific research.