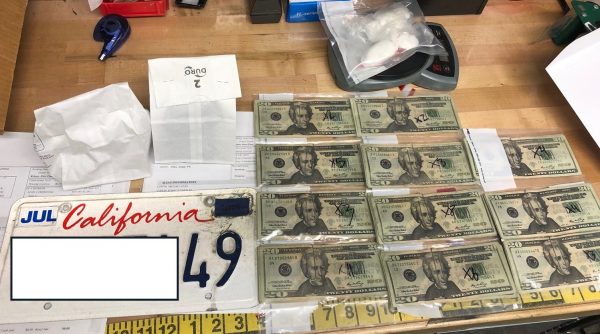 Police arrested two Cambria men on the Morro Bay Embarcadero early Tuesday morning after finding them in possession of drugs and more than $1,000 in counterfeit money.

At 2 a.m., while conducting “proactive enforcement” near the Tidelands Park Boat Ramp at 100 Embarcadero Road, officers located a white Chevy Trailblazer with false registration tabs, and the vehicle’s registration had expired in 2017, according to the Morro Bay Police Department.

Two men were in the vehicle, Breck Ayerza, 57, and Michael Coffin, 59. Officers discovered Ayerza was in possession of 23.9 grams of a controlled substance, as well as a scale and packaging material.

Investigators also discovered Coffin was in possession of $1,040 of counterfeit currency. Officers arrested both suspects on multiple charges related to drugs and counterfeiting.