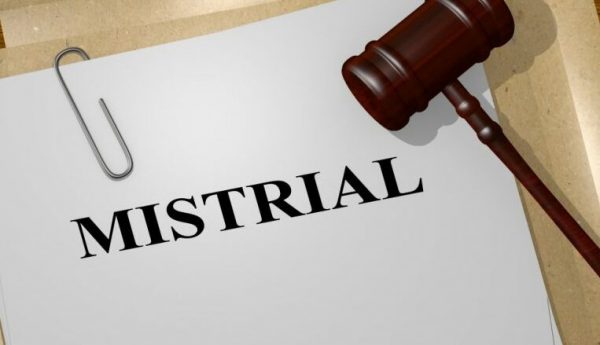 For the third time, a San Luis Obispo County jury deadlocked in a case of a man accused of raping his then-girlfriend’s aunt while she was blacked out. The prosecutor has now agreed to dismiss the case.

Rian Mabus’s charge stems from an incident during Labor Day weekend in 2014, in which he had sex with his girlfriend’s aunt while she was staying at the Atascadero apartment in which Mabus and his girlfriend were living.
The alleged victim testified during the trial that she awoke in a pool of vomit in her niece’s bed where Mabus was penetrating her vagina from behind.

The prosecution also said Mabus was whispering the woman’s name in her ear and pushing her face into the pool of vomit while he was raping her. The alleged victim said she consumed about five drinks earlier that night, and Mabus, who was making cocktails, may have drugged her.

Mabus initially denied having sex with the woman, but a rape test revealed the presence of his DNA. The defendant testified during the trial that the sex was consensual. The defense argued the alleged victim made up the rape allegation because she was embarrassed she had sex with her niece’s boyfriend and was concerned her daughter may have seen the act.

In July 2016, a jury acquitted Mabus of one of two rape charges he faced, and the jury deadlocked 6-6 on a charge of rape of an intoxicated person. Shortly afterwards, the district attorney’s office elected to try the case again.

In the June 2017 retrial, the jury was again deadlocked, this time 9-3, leading to another mistrial. The first retrial of the rape featured arguments between jurors and jurors mouthing off at the judge.

In the third two week trial, a jury polled 10-8 in favor of a conviction. Superior Court Judge Jacquelyn Duff, declared a mistrial and the prosecutor made a motion that the case be dismissed.

Had the 34-year-old Mabus been convicted of the rape of an intoxicated person charge, he would have faced a maximum prison sentence of eight years.