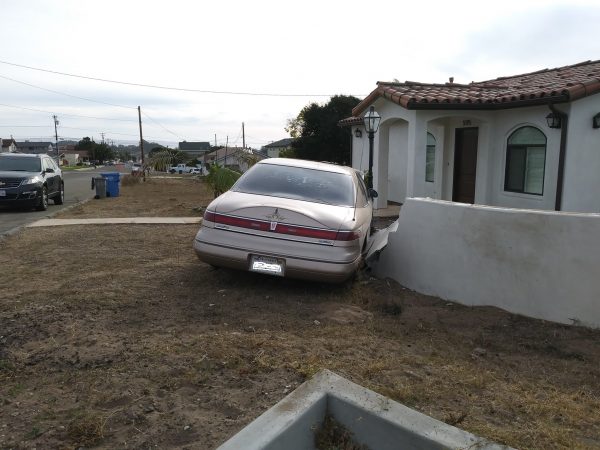 While being chased by a CHP officer, a man allegedly slammed a stolen vehicle into a wall outside a Grover Beach home Tuesday afternoon, ultimately resulting in his arrest, as well as the arrest of an alleged co-conspirator.

At about 2 p.m., Arroyo Grande police detectives spotted a stolen vehicle traveling through Arroyo Grande. The vehicle was reported stolen from a Grover Beach home last week, according to the Grover Beach Police Department.

Both Arroyo Grande and Grover Beach officers were busy on calls at the time. Arroyo Grande detectives notified a passing CHP officer as the suspect was driving the stolen vehicle westbound on Grand Avenue.

The CHP officer tried unsuccessfully to stop the vehicle, and the pursuit began.

A short time later, after crossing into Grover Beach, the suspect crashed into a wall in front of a home near Atlantic City Avenue and 5th Street. The suspect then fled by foot, leaving behind a female passenger. 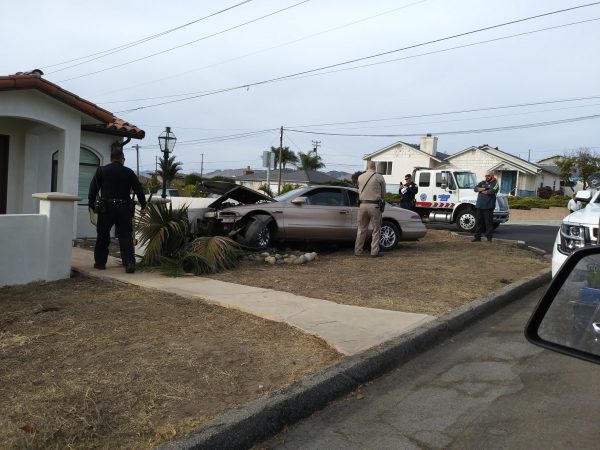 The CHP officer gave chase on foot and managed to catch the suspect about two blocks away. The officer took the man into custody.

Ultimately, officers arrested both the driver and passenger on multiple charges. The stolen vehicle was recovered, but it was completely totaled.

The passenger, 38-year-old Serena Lynn Bishop, is currently in jail on charges of receiving a stolen vehicle and resisting an officer, as well as three counts of violating probation. Bautista’s bail is set at $50,000, while Bishop is being held on $20,000 bail.

“We are very thankful no one was hurt, but unfortunately two criminals destroyed other people’s property,” Grover Beach police stated. 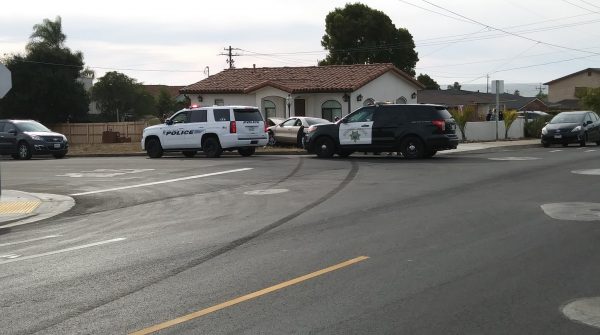