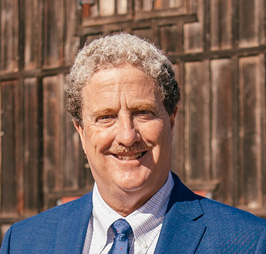 Something happened that has caused me to do something I never intended to do, and that is declare my candidacy to be your representative in Congress.

It all has to do with Ronald Reagan’s famous words, “Freedom is never more than one generation away from extinction. We didn’t pass it to our children in the bloodstream. It must be fought for, protected, and handed on for them to do the same, or one day we will spend our sunset years telling our children and our children’s children what it was once like in the United States where men were free.”

Looking at what Congress is doing to us today, it struck me: the freedom extinction generation is here today! Socialism is on the march in America.  I am running for Congress because America is dangling on this precipice of socialism, and if we fail to stand up and fight to preserve our freedom and liberty, it may be lost forever. We can’t let that happen.

The push for socialism is being led by Bernie Sanders, Elizabeth Warren, and Alexandria Ocasio Cortez with the explicit support of our Congressman Salud Carbajal. These politicians are pandering to loud voices and protesters who prefer the convenient lie of socialism to the hard truth of freedom. They believe socialism promotes equality — but history has shown that socialism strips away freedom and dignity, while delivering only poverty and totalitarian control.

I have been fighting against such corruption and waste for almost 30 years, as the executive director of The Coalition of Labor, Agriculture and Business of Santa Barbara County (COLAB).

COLAB is a non-partisan coalition that has benefited from the participation of nearly every union in this county, as well as, farmers, ranchers, manufacturers and industrialists, with a special focus on locally owned businesses. I have managed to keep the coalition together by focusing on policy, not politics, and I intend to do the same in the halls of Congress.

I am the son of a career U.S. military veteran, who was subjected to unimaginable brutality during the Bataan Death March, and an Austrian immigrant who suffered during World War II before arriving in America as a war bride. I will not allow those sacrifices to become meaningless on my watch.

America gave my family freedom, but it came at a steep price. I am running for Congress to preserve the freedom for which they suffered and the liberty which gave them hope.

I have been a public figure on the Central Coast for nearly 30 years. I have shared my values and opinions on the radio, television and in newsprint, in a manner that hopefully demonstrates that I am not a partisan. Frankly, I don’t think either party is serving our country well right now, and I would like the opportunity to help change that.

America needs more statesmen who will promote policy, not politics, while attempting to appeal to common sense, reason, traditional values and constitutional principles. If you support me, I pledge to keep doing what I have always been doing, and that is fighting to preserve the ideals of this great nation.

In Congress, I will fight to put an end to corruption and partisan bickering, work to drive down prescription costs with transparency and increased competition, preserve private insurance like MediCare supplements, protect individual rights and liberties, and stand against efforts to gut our Constitution.

I still believe America is a shining light on a hill, a beacon of liberty for the whole world to see and hopefully emulate. I value our heritage as a nation of immigrants and the melting pot of the world.

This election is no longer between Republican and Democrats, because the Democratic Party that I was once a member of is gone, having been replaced by progressive socialists who want to tear down our institutions and tear up our Constitution.

I know what I believe and why I am running — and I challenge Salud Carbajal to debate in every community in the district. Let’s speak in our own voices and give voters the opportunity to compare the American ideals that I will fight for, versus the socialist agenda Salud has championed that includes the Green New Deal and a Medicare-For-All plan that will crush our freedoms and bankrupt America.