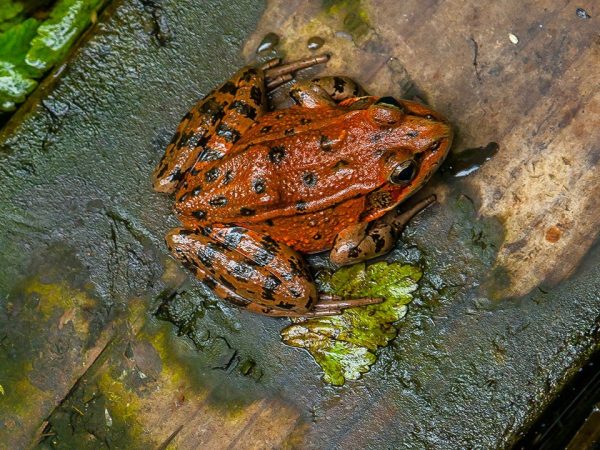 For the second time this month, a major sewer construction project in San Luis Obispo County is delayed after a red-legged frog was spotted nearby.

For years, the South San Luis Obispo County Sanitation District has struggled to get its $29 million redundancy project under construction.  Earlier this year, the project was stalled for several months while the sanitation district board pursued a Community Workforce Agreement.

The U.S. Fish and Wildlife Service disagreed with Rincon, as the property is adjacent to Arroyo Grande Creek and Meadow Lagoon, both known to have red-legged frog populations.

The sanitation district is planning to have construction work continue during wet weather, which is when male frogs are likely to travel long distances to mate.

The sanitation district secured a low-interest federal loan to partially fund the project, which requires it to be in compliance with rules pertaining to endangered species.

Sanitation district staff is recommending the board vote to get a “take permit,” which will allow workers to manage any red-legged frogs they encounter during construction, according to next week’s a meeting agenda. The approval process takes between 30 and 135 days to complete.

Before the latest wrinkle, the $29 million redundancy project costs were running 35 percent over district estimates, raising concerns that the project itself may go considerably over budget.

Based on the current delay, the sanitation district redundancy project is likely to be completed near the end of 2022.

Earlier this month, the possibility of causing harm to the red-legged frog caused the city of Morro Bay to halt breaking ground on its new sewer plant, while U.S. Fish and Wildlife Service reviews the project’s potential impacts on the frog species.