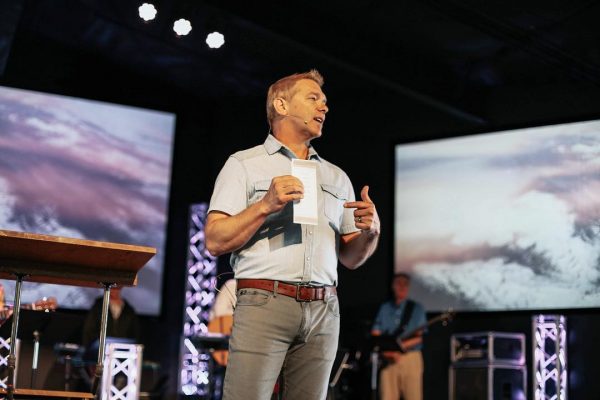 Amid allegations of groping and alcohol abuse, one of the Central Coast’s most prominent churches has placed its lead pastor on leave, pending the outcome of an investigation.

Thom O’Leary has served as the lead pastor of Mountainbrook Church in San Luis Obispo for more than 22 years, according to his personal website. O’Leary also serves as the chaplain for both the Cal Poly football team and the San Luis Obispo Police Department.

Additionally, he serves on the SLO Police Chief’s Roundtable. Police officials said the department is not investigating the allegations against O’Leary.

O’Leary has also led a prayer beside President Donald Trump. The president described O’Leary as a “great pastor.”

Mountainbrook Church has not disclosed the specifics of why O’Leary is under investigation. But church officials have described the allegations as serious and credible.

“After launching an outside investigation of some serious allegations of some inappropriate behaviors, we have found the accusations credible,” Mountainbrook board member Bruce Burton said in remarks delivered at the church on Sunday.

Local author Tina Swithin, a member of the church, stated in a Facebook post that O’Leary is accused of groping interns and/or staff members, as well as other acts, including showing up at church and around town intoxicated.

“One of the victims is a woman I know… a very credible woman,” Swithin wrote in the Facebook post. “It has happened to her several times.”

Swithin said O’Leary is a man she looked up to and maybe even idolized and who led her away from being agnostic to becoming a member of a church. She also stated O’Leary baptized her and her daughters, and he had restored her faith that there were still really good men in the world.

Mountainbrook Church has also placed O’Leary’s wife, Sherri O’Leary, on leave. Sherry O’Leary, too, is a pastor at the church.

The San Luis Obispo church is expected to disclose more information about the investigation at a meeting scheduled for Sunday.

2 Comments about “Mountainbrook Church pastor under investigation for inappropriate conduct”