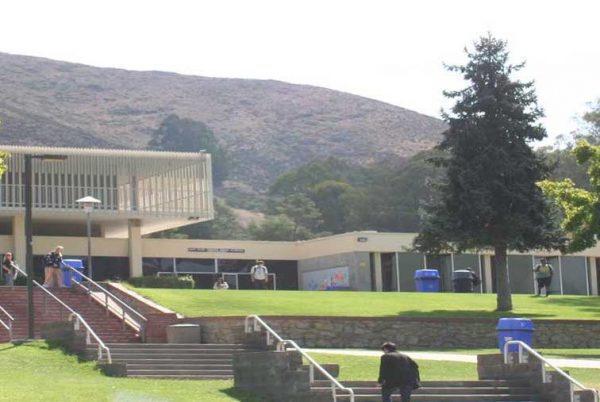 Police investigators have identified the teen who wrote a threatening message last month on a mirror in a bathroom at San Luis Obispo High School.

On Nov. 21, the teen, with the support of one of her friends, wrote “Don’t come Dec 6th, School Shooting,” on the mirror. Because of the student’s ages, their names will not be released.

This was the second threat left on a school bathroom mirror in three days. Motivated by a social media trend, the first threat was made by a 13-year-old girl at Laguna Middle School.

The 14-year-old high school student, said she wrote the message as a prank, police said.

Officials have notified the students’ parents. While no arrests were made, school administrators plan to discipline the students.

The school district sent the following message to parents:

“The safety of our students and staff is our top priority, thus we take all threats very seriously. We have concluded our investigation regarding the threatening graffiti and vandalism in the bathroom on Nov. 21. The students responsible for writing the message on a bathroom wall prior to Thanksgiving break have confessed to writing it as a prank. They were copying what they heard happened at Laguna Middle School, but with a different date. A threat assessment was conducted by a San Luis Coastal Unified School District psychologist and administration on the students involved.

“The district psychologist and administration determined there is no evidence to suggest that the students intended to act upon the threat. The students showed remorse for their actions including the pain and trauma that it caused other students, staff, and community members. San Luis Obispo High School, along with the support of our district office, will move forward with appropriate student disciplinary measures. We appreciate the collaborative work done by SLOPD alongside our site and district staff. SLOPD will release a statement later today.

“We value the openness of our students, staff, and parents in bringing matters to our attention. We consider it an honor to work with each of your students each day.”