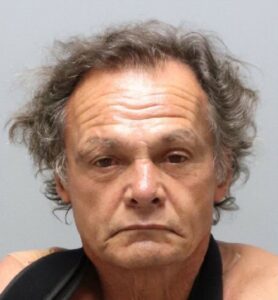 A San Luis Obispo judge has ordered one of the two men who allegedly robbed a Paso Robles bank at gunpoint last month to undergo a psychiatric evaluation. [KSBY]

Michael Wallravin, 61, is the only suspect in the bank robbery case that police have caught thus far. Wallravin appeared in court Monday for an arraignment hearing, during which a judge ordered that he undergo a psychiatric evaluation, as well as return to jail and be held without bail.

At 9:20 a.m. on Nov. 15, two masked men entered Pacific Premier Bank on 12th Street holding handguns and demanded cash. After bank staff handed the robbers an undisclosed amount of money, they fled in a gold Honda.

Shortly afterwards, the robbers reportedly abandoned the Honda for a Chevy truck. Law enforcement personnel tracked the truck to San Miguel and then discovered Wallravin was the owner of the vehicle.

After a short foot pursuit, officers arrested Wallravin for robbery and booked him into SLO County Jail with his bail set at $60,000. Wallravin posted bail a short time later and was released from custody.

Investigators are still searching for two persons of interest in the robbery: William Weldon Chandler, 61, and Billy Benjamin Hernandez, 47.

The November robbery marked the second time in a span of less than two months that the same bank branch was robbed. On Sept. 23, the Pacific Premier branch on 12th Street was robbed by an armed man wearing a mask.

It is unclear whether the two robberies are connected.