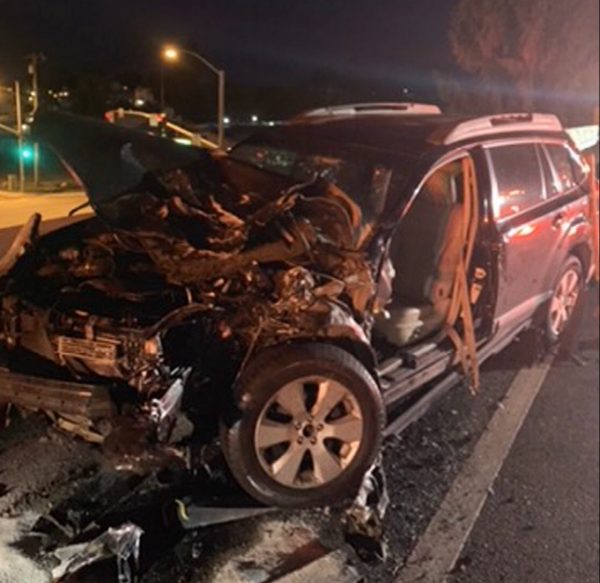 A collision involving two vehicles and a semi truck on Highway 101 in Arroyo Grande early Thursday morning resulted in one person being extricated and taken to the hospital.

Shortly before 6 a.m., a white sedan rear-ending the semi truck on southbound Highway 101 near Halcyon Road, according to the CHP. Following the initial collision, a black Subaru SUV became involved in the crash.

Photos posted on social media by the Five Cities Fire Authority show the Subaru sustained major damage in the crash.

One of the drivers involved in the crash was extricated and taken to the hospital with undisclosed injuries, according to the Five Cities Fire Authority.

Additionally, vehicles were swerving to avoid a pedestrian who was standing in one of the lanes of the highway, according to the CHP.

An investigation into the collision is ongoing. 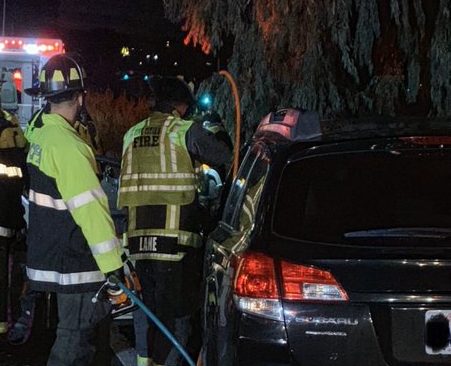