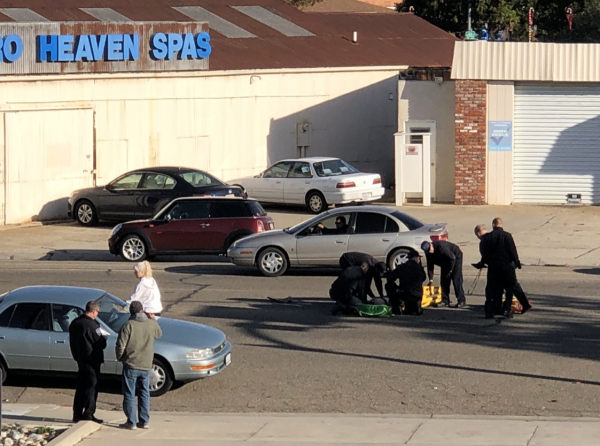 A vehicle struck and apparently seriously injured a pedestrian in front of the Five Cities Fire Authority headquarters in Arroyo Grande Friday morning.

At about  9 a.m., the vehicle hit the pedestrian in the 100 block of Traffic Way between Station 1 and the business Hydro Heaven Spas. The extent of the victim’s injuries is unclear, but the person was transported to a trauma center, the Fire Authority stated in a tweet.

Five Cities Fire personnel responded to the collision prior to being alerted by dispatchers, which the agency attributed to use of the PulsePoint app.

It is unclear what caused the collision.