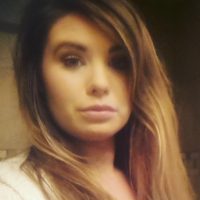 Prosecutors have charged a 26-year-old Arroyo Grande woman with murder over the alleged DUI crash on Highway 227 earlier this month that killed an elderly San Luis Obispo man.

At about 6 p.m. on Dec. 1, Chelsea Stiles was traveling northbound on Highway 227 in a white GMC near Cold Canyon Landfill when she rammed into a car, causing it to spin out.

After the initial collision, Stiles continued driving northbound, with a toddler inside her car, and then swerved into the southbound lane of the highway, crashing into a Honda driven by Terry Tilton, 72. Tilton died at the scene of the crash.

Stiles and her 1-year-old child suffered moderate to major injuries and were taken to the hospital.

On Monday, prosecutors charged Stiles with second-degree murder, vehicular manslaughter while intoxicated, DUI resulting in injury, hit-and-run resulting in death or injury, willful harm to a child, animal abuse and possession of a controlled substance. Stiles also faces four counts of assault with a deadly weapon.

Stiles was previously convicted of DUI, which makes her eligible to face a murder charge in the current case. A state law requires DUI offenders to agree that if they drive under the influence again and a person dies as a result of it, they may face a second-degree murder charge.

If Stiles is convicted of the murder charge alone, she will face 15 years to life in state prison.

Stiles is currently in San Luis Obispo County Jail, where she is being held without bail.