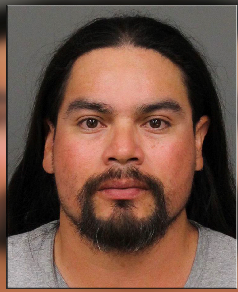 A San Luis Obispo County man, who plead no contest to possession of child pornography, was sentenced Tuesday to 25 years to life in prison.

Jackson, 38, was sentenced under California’s Three Strikes law, which hands down stricter sentences for repeat offenders who commit serious or violent felonies.

In 2002, Jackson was convicted of three separate counts of serious and violent child sexual abuse of children under the age of fourteen. He was sentenced to 10 years in prison.

In 2012, Jackson was convicted of possession of child pornography and sentenced to serve four years in state prison.

In 2015 and again in 2016, prosecutors attempted to commit Jackson to the state hospital as a sexually violent predator, according to the District Attorney’s Office. However, two consecutive juries were unable to determine Jackson met the legal criteria.

He was released from custody in April 2016.