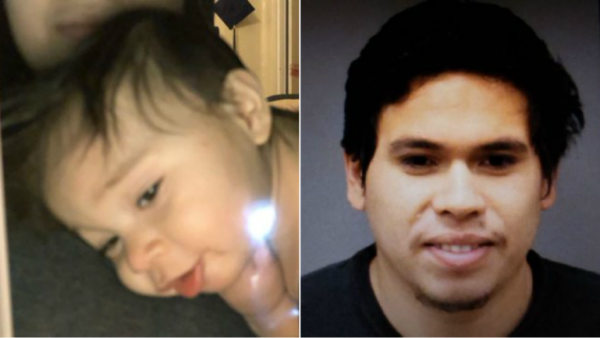 Officers arrested a 24-year-old man in Cambria on Monday for allegedly kidnapping his 2-year-old daughter.

Early Monday morning, the California Highway Patrol issued an Amber Alert for Bethanie Carraza, who was taken by her father over the weekend. Victor Magana, 24, was last seen with his daughter at about 10 p.m. on Sunday in San Jose.

Mangana was listed on the alert as armed and dangerous.

Magana locked his keys in his car at the Shell gas station on Main Street in Cambria. A person recognized the car, called law enforcement, and with the help of others restrained the man until officers arrived.