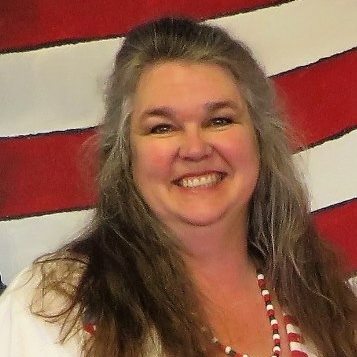 Merry Christmas Los Osos. Here we go again, prepare yourselves for coal in your stocking as the San Luis Obispo County Board of Supervisor will raise garbage rates by 25.31 percent, both inside and outside the Los Osos Community Services District boundary on Dec. 17.

In a recent television interview, Mission Country Disposal representative Jeff Smith said, “Although the percentage sounds pretty high, the dollar amount isn’t that much. It’s more like a cup of coffee.” Mr. Smith, the coffee I make at home costs about 30 cents a cup, it’s my favorite coffee-drink from my local barista that costs about $4 — that’s why I seldom have one.

Ironically, $4 is exactly what the 25.31 percent will cost me every month after the board raises my garbage rate (that’s a $48.00 annual increase).

This 25.31 percent raise has already taken effect on my neighbors in Cambria, and 26.43 percent increase in Cayucos, but my friends in SLO City only experienced a 13.72 percent increase and the South County customers have “enjoyed” a mere 10 percent increase in their respective garbage rates.  Same trash company, same reasons in each rate case — why the difference in rate increases?

Los Osos was just notified that their $200 per month sewer bill is also going up, and it endures some of the highest water rates in the state.

Now, in the week before Christmas, it will be hit with this increase by the folks at Mission Country Disposal (aka, San Luis Garbage, South County Sanitary and Morro Bay Garbage) to cover their equipment, recycling and labor costs.

This garbage company has had contracts with these municipalities for a long time. Perhaps it is time for the SLO County Board of Supervisors to put the contract out to bid to see if there’s a garbage company out there that can do the same job for less money?

It will take 50 percent plus one valid written protests sent to the county clerk before 9 a.m. on Dec. 17 to stop the increase; but the supervisors themselves can stop it.

If compelled, the board on behalf of their constituents needs important questions answered before implementing the increase. One such question is what does the county’s 10 percent franchise fee go to?

In years past, when the Los Osos Community Services District managed the garbage franchise, the franchise fee went to “Community Clean-Up Days,” weed and vegetation abatement for fire known as “Chipping Days,” picking up bulky items that had been dropped or dumped along the road and public education. Since the county took over in 2013, we haven’t seen these programs.

County staff has said the franchise funds are “discretionary,” which means these funds, paid by Los Osos residents, are likely going into the county general fund where they can be spent pretty much anywhere in the county on things that aren’t for Los Osos. This is wrong.

The county needs to put those funds back into the community that paid them. Additionally, the supervisors have the option of reducing the franchise fee; alleviating some of the pain from the rate increase.

Make your concerns known. Walk your written protest (include your address and assessor’s parcel number) into the clerk’s office before Tuesday’s 9 a.m.SLO County Board of Supervisors meeting.

One Comment about “Coal in Los Osos residents’ stockings”