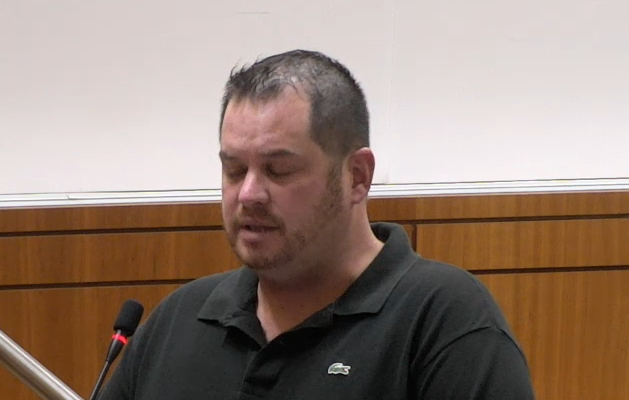 A week after voting against extending a marijuana resolution that allowed 31 cannabis cultivation sites to operate without land use permits, the San Luis Obispo County Board of Supervisors voted 3-2 to reconsider their decision.

Of the 43 people who spoke in favor of extending the abeyance resolution, the vast majority were business affiliates or employees of local marijuana moguls Helios Dayspring and Brett Vapnek. Because of multiple violations for failing to comply with county regulations, Dayspring has been unable to finalize multiple permits on properties listed under the abeyance resolution.

Dayspring representative Stacy Wooten wrote in an email that Dayspring has had no violations at his active cannabis sites. At this time of year, most cannabis has already been harvested.

Dayspring has received more than a dozen notices of violation at his cannabis cultivation sites, including several that are in progress, according to county records.

For years, under the names Perennial Wellness or Nipomo Ag, Vapnek has grown marijuana at 662 Eucalyptus Road, and also illegally processed pot at a nearby property, according to the state.

On March 13, state investigators served a criminal search warrant at 887 Mesa Road in Nipomo, and discovered Vapnek was processing marijuana grown illegally at another site, according to the the California Department of Food and Agriculture.

Less than a month later, the county shut down the CFAM Management marijuana cultivation at 887 Mesa Road because of the illegal activities. Even so, county staff continued to allow Vapnek to cultivate marijuana at 662 Eucalyptus Road under the abeyance resolution.

For three years, marijuana growers who agreed “not to expand beyond that which existed on or before Aug. 26, 2016, as registered under the urgency ordinance,” were permitted to grow pot while they worked through the permitting process. The board has twice extended the abeyance resolution, primarily because of the planning department’s failures to process permits in a timely manner.

While there are a handful of the 31 growers impacted by the abeyance resolution who appear to have operated legitimately and have not yet had their permit applications fully processed, others have given up.

During the public comment period, workers for Dayspring and Vapnek lamented that they would lose their jobs if the abeyance resolution was not extended.

Opponents of the extension argued that there had been enough time for good growers to get their permits.

In the end, supervisors Adam Hill, Bruce Gibson and John Peschong voted to put an extension of the ordinance on the Jan. 14 board agenda. Until that time, Sheriff Ian Parkinson will look into which of the businesses growing under the abeyance ordinance have been operating in good faith.