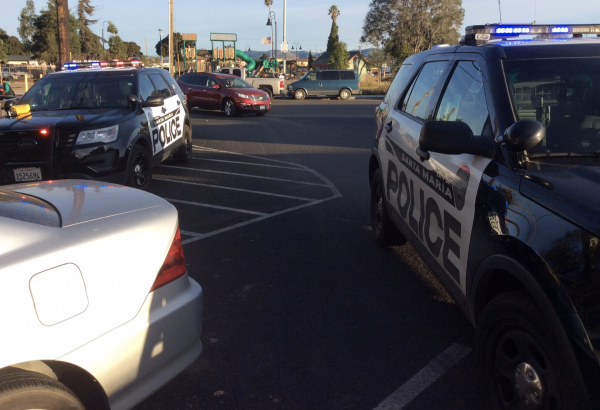 Police officers arrested a man over a stabbing near Santa Maria High School Friday morning. And in a separate incident, authorities placed another high school campus in the northern Santa Barbara County city on lockdown.

Shortly after 7 a.m., Sean Shirley stabbed a man with tweezers in the 400 block of West Morrison Avenue, according to a Santa Maria Police Department tweet. Officers arrested Shirley, a 35-year-old Santa Maria resident, and booked him into the Santa Barbara County Jail. It is unclear what prompted the stabbing.

The stabbing did not impact class schedules at Santa Maria High, where some students were scheduled to take finals.

Later Friday morning, authorities placed Pioneer Valley High School on lockdown. The lockdown was prompted by an anonymous report of a firearm on school grounds, according to the Santa Maria Police Department.

Santa Maria police officers and security personnel checked the campus but did not locate a gun. The lockdown has since been lifted.