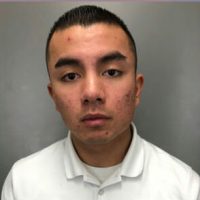 A University of California Santa Barbara police officer was arrested after he pulled his gun and flashed his badge during a Dec. 15 fight at a downtown Santa Barbara nightclub. [KCOY]

On Dec. 17, information about the officer’s involvement in the fight was posted on social media. Santa Barbara police mounted an investigation into the incident shortly after spotting the social media post.

Officers determined Marco Pavico was off-duty and under the influence of alcohol when he got into an argument and displayed his gun and badge.

The UCSB police chief seized Pavico’s gun and placed him on leave pending an investigation.

Pavico is facing charges of battery and brandishing a firearm. The criminal investigation is ongoing.