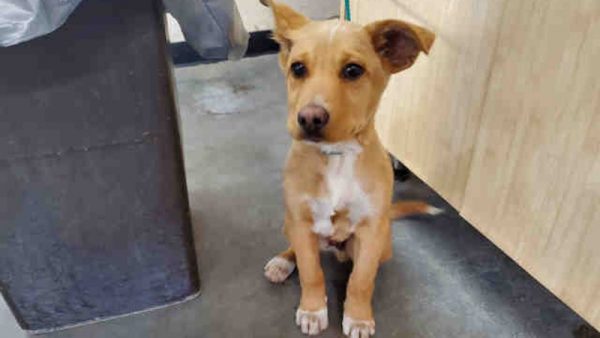 Ventura police officers arrested a homeless man on Tuesday for beating a puppy with a large master lock near a bus depot.

At about 12:25 p.m., a Gold Coast Transit bus driver called police and reported a man was beating a dog with a lock near the bus depot in the 3300 block of Telegraph Road. Several witnesses confronted the man, whom officers later identified as Ezekiel Heterwegscheider, police said.

Heterwegscheider, 26, fled the area on foot. But, officers located him at a gas station near the intersection of Telegraph and Mills roads.