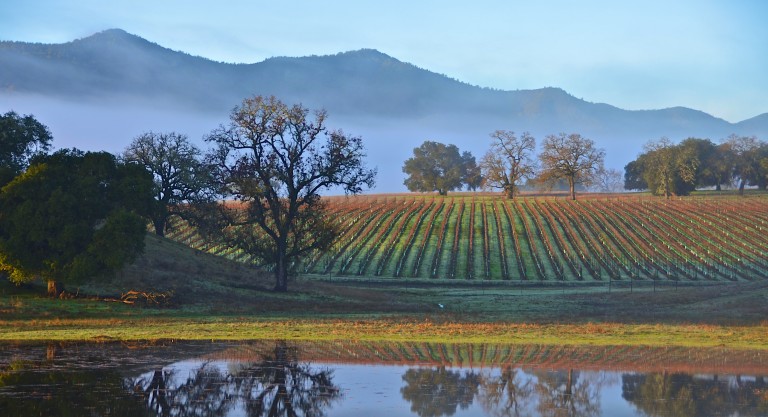 By DANIEL BLACKBURN and KAREN VELIE

Enlisting a powerful slate of individuals and entities — including a state board president, several political candidates, and local media—to bolster their claims, former proponents of a failed water district are seeking state assistance in promoting plans to store Paso Robles’ recycled sewer water and Nacimiento Lake water in the basin.

Control of the basin and access to its contents has been the object of a decades-long struggle between various landowner elements, a battle exacerbated by several consecutive dry years in the region.

Years of discussions, arguments, planning, and scheming crashed after voters in 2016 rejected a proposed tax-supported water management agency. PRAAGS spent more than $300,000 to promote their district concept; their opponents spent less than $20,000.

Concerned primarily with the prospect of water banking and a loss of rights, 77.83 percent of landowners rejected PRAAGS’ proposed basin management agency.

Even so, proponents of the failed private water district have continued to seek approval to bank outside sources of water in the Paso Robles basin; those plans anticipate local taxpayers will underwrite the cost of necessary infrastructures.

At a July 2 California Food and Agriculture board meeting, two of the former PRAAGS officials, Jerome Lohr and Jerry Reaugh, asked the state agency to consider their concerns that the SLO County Water Resources Advisory Committee was not providing them opportunities to discuss basin water management. Lohr and Reaugh objected to plans for all users to cut back 20 percent of their water usage.

Following public comment, the State Board of Food and Agriculture voted to have Board President Don Cameron “consider input on Sustainable Groundwater Management Act (SGMA) implementation process in San Luis Obispo County,” according to minutes of the meeting.

On Aug. 29, former PRAAGS board member Dana Merrill sent a letter also requesting the state’s intervention in promoting plans to store recycled sewer water in the basin. Merrill owns Mesa Vineyard Management, a business that that has planted vineyards for Stewart Resnick and Harvard Investments, two primary proponents of PRAGGS plans for a privatized water district, according to the California Department of Food and Agriculture.

Last to request the state’s assistance was Randy Record, who sent his letter on Sept. 1. Record was an early adviser to individuals who would eventually form PRAAGS. Record is immediate past chairman of the board of the Metropolitan Water District, the world’s largest wholesaler of water, and remains a board member. His family owns a small vineyard in this county.

Without the state board’s approval, Cameron sent a Sept. 30 letter to San Luis Obispo County Supervisor Debbie Arnold, scolding her for not allowing “innovative, progressive farmers and ranchers” to have opportunities to “develop solutions.”

A few weeks later, the SLO New Times incorrectly reported that the state board had sent the letter.

Political opponents of supervisors Arnold and John Peschong repeated claims the state was concerned with the county’s management of the basin. Ellen Beraud, challenging Arnold in the 2020 election, said she was dismayed at the committee’s lack of engagement with farmers.

Stephanie Shakofsky, who is seeking Peschong’s seat in the 2020 election, said the supervisors were not thinking outside the box, before she suggested, on KVEC’s Dave Congalton radio show, storing recycled Paso Robles sanitation water in the basin.

On Oct. 18, Record thanked Cameron in an email for the letter that prompted the New Times article.

“Thanks, Randy,” Cameron responded in the Oct. 19 email. “Hope you are doing well. Glad to see we got their attention and are supportive of the growers’ situation in the Paso area.”

In response to the allegations the county had failed to engage the community, county supervisors, in an Oct. 24 letter to Cameron, noted seven stakeholder outreach workshops; 11 Paso Basin Cooperative Committee meetings; 10 newspaper articles announcing or summarizing the meetings; and 11 updates reported during supervisor meetings.

“Had you contacted the County of San Luis Obispo, you would have learned that we not only have a long history of engaging our agricultural community, but that we have also been a statewide leader in seeking a collaborative solution to manage the groundwater in the Paso Robles basin prior to SGMA (Sustainable Groundwater Management Act), and that our SGMA efforts on outreach and engagement far exceed the state’s standard,” according to the letter.