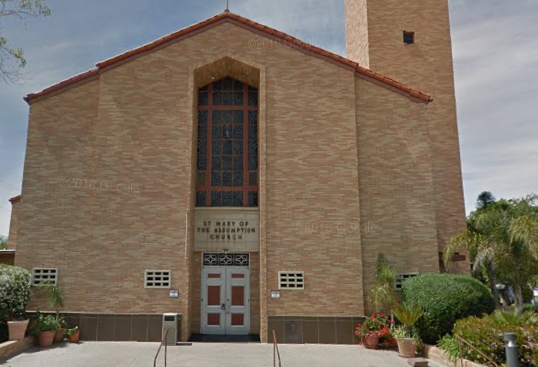 A 27-year-old man was arrested on New Years Eve for allegedly attempting to burn down Saint Mary of the Assumption Church in Santa Maria.

At about 9 a.m on Wednesday, church staff discovered a man burning objects in front of the alter. When staff approached the man, he fled.

An officer arrived and found a man nearby who matched the suspect’s description. When the officers attempted to detain Cristobal Zarate, the suspect threw an unknown liquid irritant on the officer.

Zarate began fighting with the officer and a good Samaritan came to the officer’s assistance.

Emergency personnel transported the officer to Marian Medical Center where he was treated for minor injuries related to the liquid irritant.

Officers arrested Zarate on charges of arson, felony assault on a peace officer, felony assault with a caustic chemical, disturbing a religious meeting, and vandalism charges and booked him into the Santa Barbara County Jail with his bail set at $50,000.