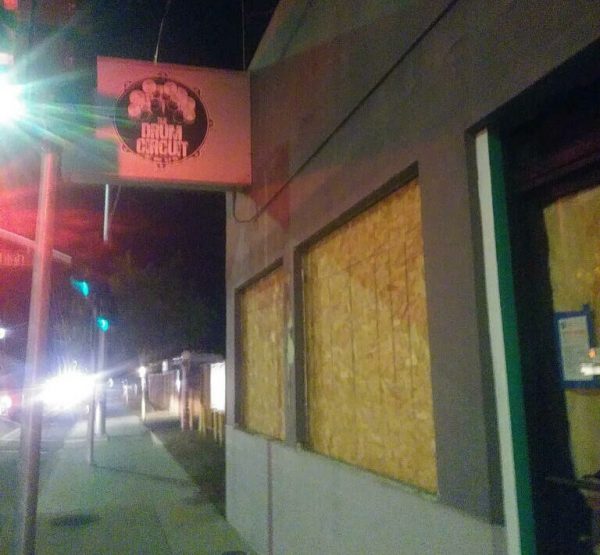 San Luis Obispo inspectors halted construction at a marijuana retail shop last months because the applicants had failed to procure a building permit.

In November, the owners of Megan’s Organic Market, Megan Souza and Eric Powers, were awarded one of three coveted permits to operate a retail cannabis shop in San Luis Obispo. While Souza and Powers applied for a permit to rehab a bathroom at the site of former Drum Circuit on Higuera Street, they did not apply for a construction permit for the shop. 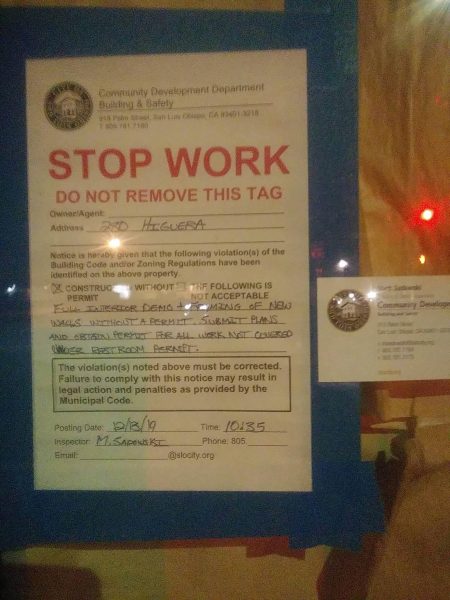 On Dec. 13, a city inspector posted a stop work order on the building. In order to proceed, Souza and Powers will need to submit plans and obtain a construction permit which is likely to delay their opening for several months.

Even though the SLO City Council voted in 2018 to allow three retail pot shops, none have yet opened. Helios Dayspring’s Natural Healing Center is slated to open in two to four months.

The third permit winner, Elemental Wellness, was disqualified after an odd interview with a SLO police detective. As a result, SLOCal Roots is now in line for the third retail marijuana shop.