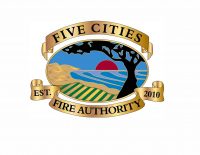 Despite opposition from some residents, the Grover Beach City Council voted Monday night to endorse a sales tax measure in Oceano that would keep the South County community a part of the Five Cities Fire Authority. [KSBY]

With Oceano struggling to pay its share of Five Cities Fire Authority costs, a tax measure has been placed on the March 3 ballot. If approved, the initiative would add $15 a month to property tax bills in Oceano and would raise an estimated $422,000 annually.

If rejected, it is likely Oceano will leave the fire authority, and San Luis Obispo County will take over providing fire services to the community.

Since 2010, the Oceano Community Services District has been served by the Five Cities Fire Authority through a joint powers agreement with the cities of Arroyo Grande and Grover Beach. Over the course of the past decade, the fire authority has experienced financial challenges.

Recently, the fire authority closed its Oceano station several times due to lack of funding and subsequent staffing shortages.

On Monday night, the Grover Beach City Council adopted a resolution in support of the Oceano fire tax. Next week, the Arroyo Grande City Council is expected to consider adopting a similar resolution.

A two thirds vote is required for the Oceano fire tax to pass.