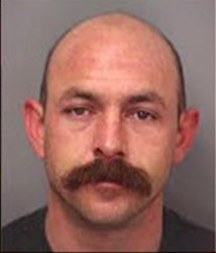 Following the Nov. 2019 state Supreme Court decision to uphold his death sentence, Krebs has now exhausted his appeals. Still, it is unlikely Krebs will be executed anytime soon, if at all.

In 2001, Krebs received a death sentence for the 1998 and 1999 rapes and murders of Rachel Newhouse and Aundria Crawford. Newhouse was a Cal Poly student and Crawford was a Cuesta College student.

Krebs has been awaiting execution in San Quentin State Prison since July 2001.

Last year, California Gov. Gavin Newsom signed an executive order imposing a moratorium on the death penalty and granting temporary reprieves to all condemned inmates on death row. Newsom ordered that during his time in office no prisoner will be executed in California, but no inmate on death row will be released, and no sentence or conviction will be altered.

Nonetheless, in the aftermath of the state Supreme Court decision, SLO County District Attorney Dan Dow is calling on Newsom to allow the execution of Krebs to occur.

“We are grateful for the finality of the long awaited Supreme Court decision affirming the conviction and the death penalty for Rex Allan Krebs. Mr. Krebs surrendered his right to live when he senselessly raped and murdered these two young women and the people of California have continuously affirmed their support for the death penalty,” Dow said in a statement released Tuesday. “It is now time for our governor to implement the jury-imposed death penalty which is the most appropriate and just punishment for Mr. Krebs’ horrific crimes.”