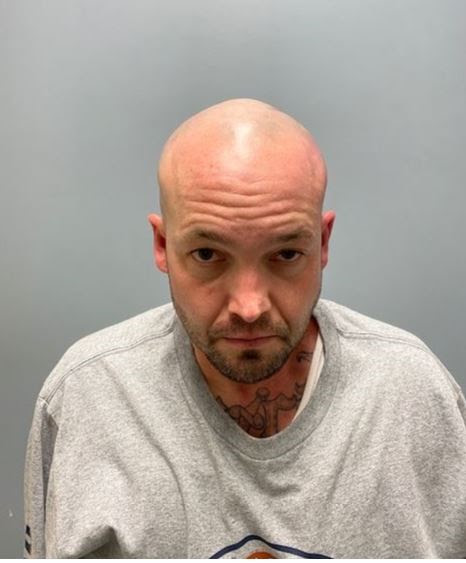 Paso Robles police arrested a man on Thursday they found sitting in a stolen car at the Golden One Credit Union parking lot on Niblick Road with drugs, a revolver and identity theft equipment.

Shortly after midnight, officers approached 41-year-old Benjamin Keeney because he was sitting in a stolen white Kia Optima. Inside the car, officers found a revolver with the serial number removed, stolen mail, checks, ID’s and computer equipment used to manufacture checks.

One of the stolen checks had a scratched-out name and Keeney’s name written in its place.

Officers booked Keeney into the San Luis Obispo County Jail on numerous felony and misdemeanor charges. Police are asking anyone with information about this case to call the Paso Robles Police Department at 805-237-6464.