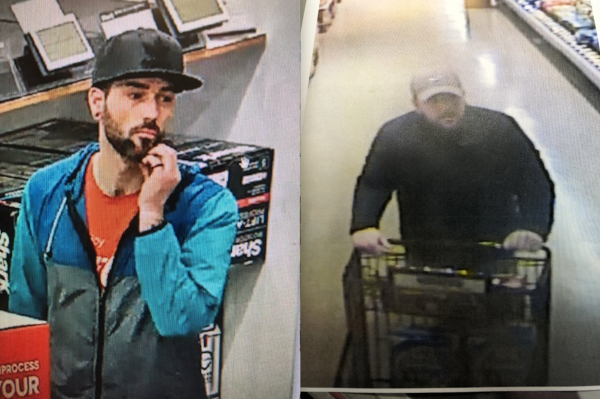 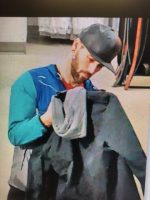 San Luis Obispo police are searching for two thieves who allegedly stole from several businesses in the city over the weekend.

At about 6:30 p.m. on Saturday, a theft occurred at a department store, Police Chief Deanna Cantrell stated in a tweet. Cantrell’s tweet included an image from surveillance footage showing the alleged thief holding and examining a jacket.

The second theft occurred at a grocery store on Broad Street at about 7:30 p.m. on Sunday. The alleged thief was driving a black Dodge Charger, Cantrell stated in a separate tweet.

Surveillance footage of the alleged grocery store thief shows the man pushing a shopping cart through an aisle or aisles.

Anyone who has information about the thefts is asked to contact the SLO Police Department.