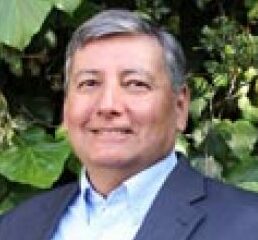 South San Luis Obispo County Sanitation District legal counsel Gilbert Trujillo announced plans to terminate his contract with the district shortly after he was accused of failing to report a conflict of interest in a timely manner. The board of directors is slated to discuss replacing Trujillo in a closed session meeting on Jan. 15.

At the sanitation district’s Dec. 4 board meeting,  Trujillo asked the board to waive any conflict of interest he may have by representing the district while at the same time working for the firm of Carmel & Naccasha, LLC.

Trujillo admitted to the board that working in his capacity for both agencies “may create both potential and actual conflicts of interest,” and that he needed both the city and the sanitation district to waive any conflict of interest.

But while Trujillo asked the board to waive the conflict of interest in December, he did not mention that he had joined the firm of Carmel & Naccasha 10 months earlier, in February 2019, according to the firm’s website.

“So you’ve already been working for the firm and for quite some time,” Tacker said. “I’m afraid the conflict had already arisen, it had to have, or you wouldn’t be here today. You can’t serve two masters, you simply cannot. You have to maintain the arm’s length.”

Arroyo Grande Mayor Caren Ray Russom also voiced concerns about the conflict of interest before asking the board to bring the issue back for further discussion on Jan. 15.

“I’m confused by that, you talked about ‘that wall’ that is defensible, but the wall, the wall has got Swiss cheese, let’s just say,”  Ray Russum told Trujillo.

On Jan. 8, Trujillo submitted a letter of resignation, giving the district 30 days notice.