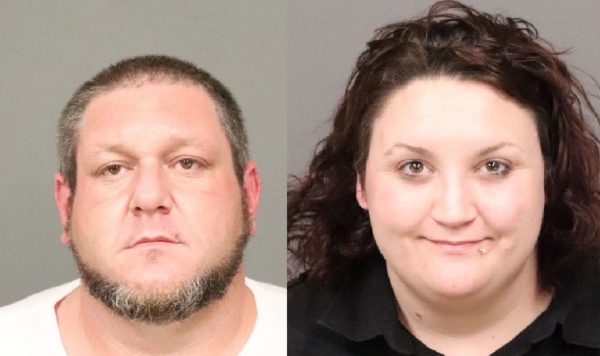 Morro Bay police arrested a man and woman Wednesday morning, who were initially suspected of running a gift card scam in a shopping center parking lot, but were eventually arrested on drug-related charges.

At about 11 a.m., an individual reported to police a couple with a white 1991 Lincoln Town Car in the Cypress Plaza shopping center located in the 700 block of Quintana Road. The man and woman were reportedly approaching people, most of whom were elderly, in the shopping center parking lot and trying to sell gift cards.

The person who reported their activity believed the suspects could have been engaged in fraud, according to police.

Officers arrived at the scene, stopped the vehicle and contacted the man and woman inside. Police determined Leo Joshua Alberti, 38, was driving with a suspended license for prior DUI convictions.

Wooster told police she tried to sell a gift card that she received legitimately. Officers then confirmed that to be the case.

Nonetheless, Morro Bay police are warning community members to be careful about purchasing gift cards or other items from strangers.

Police say criminals use stolen debit and credit cards to purchase gift cards and then sell the cards for cash. This practice has increased over the last few years, according to police.

Anyone who sees suspicious activity like this is asked to report it to a local law enforcement agency.