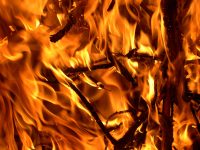 At about 4:30 p.m., a caller reported a fire at a home in the 100 block of Brisco Road. One resident suffered minor injuries as a result of the blaze.

Investigators determined the fire was sparked by a lab in the home’s kitchen that was converting marijuana into honey oil. Damage caused by the blaze was limited to the property where the fire occurred.

The SLO County Sheriff’s Special Operations Unit has taken over the investigation from Arroyo Grande police. Sheriff’s officials will seek criminal charges against the operator of the lab for manufacturing a drug.

Authorities have yet to release the identity of the suspect.