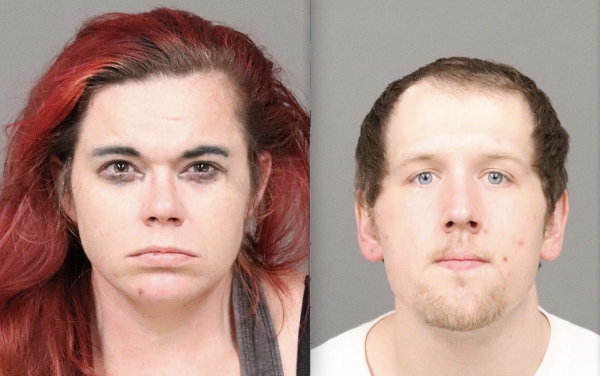 A man and woman allegedly wore yellow vests and posed as workers Thursday while burglarizing a facility’s laundry room in Morro Bay, but they were confronted by a witness and later arrested.

Shortly before 5 p.m., the suspects, posing as a maintenance workers, entered a rear laundry room on the in the 2100 block of Main Street and tried to pry the change machine open.

But, the witness confronted the suspects, who then fled in a vehicle southbound on Main Street. Morro Bay police promptly issued a county-wide alert about the suspects and their vehicle.

Deputies determined Burchnell and Farley had outstanding warrants for their arrests. Authorities arrested both of them at the scene of the traffic stop.

A search then revealed Burchnell was in possession of methamphetamine.

In addition, officers located property in the suspects’ vehicle that was reported stolen in a vehicle break-in that occurred in San Luis Obispo.

Farley remains in custody with his bail set at $66,000. Burchnell is not currently in custody, according to the county sheriff’s office website.