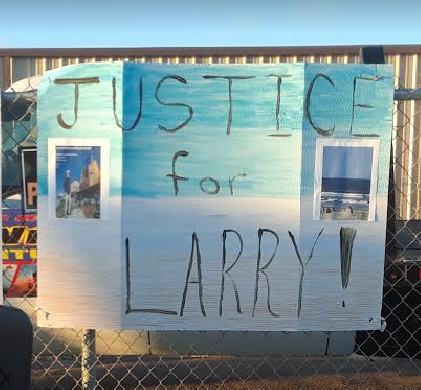 A group of about 40 people participated in a candlelight vigil Saturday in remembrance of Lawrence Bross, a 90 year old Oceano resident who was killed in his own home one year ago.

At the candlelight vigil hosted by the Oceano Beach Community Association, attendees honored the activist and retired educator. Bross is credited with spearheading the appeal that stopped the County of San Luis Obispo from selling 500 acres of Oceano dunes to State Parks in 2010.

“We’re here to remember him for one thing, to honor his loving and active presence in our community, and we’re here to ask that investigations and research and efforts are made to find his murderer,” said Lucia Casalinuovo, a friend of Bross.

The twilight vigil began and ended at the west end of Pier Avenue. The attendees spoke highly of Bross, carrying candles they walked peacefully along the beachfront dunes to Bross’ home he had purchased in the 1960s as a small fishing cabin. 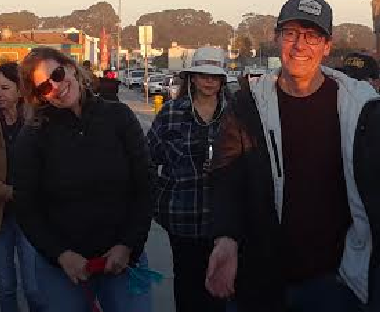 Rachel and Micale Bross at their father’s vigil

Bross’ children, Rachell and Michael Bross, attended the vigil briefly, thanking those in attendance for their continued support.

Investigators have not yet arrested anyone for the brutal murder of Bross.

San Luis Obispo County Crime Stoppers is offering a $10,000 reward for information leading to the arrest and conviction of the person responsible for Bross’ death.