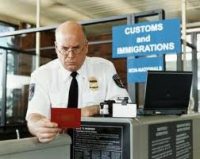 The United States Supreme Court in a 5-4 decision on Monday upheld a Trump Administration rule making it more difficult for immigrants who use government aid programs like food stamps, Medicaid and housing assistance to obtain green cards. [New York Times]

Last August, the Trump Administration enacted a change to the “public charge” rule, a regulation that stems from the Immigration Act of 1882 that is intended to prevent immigrants who are unable to provide for themselves from draining public coffers. The Trump Administration’s change to the rule expanded the criteria that could disqualify immigrants from receiving green cards.

Under the rule in the past, officials could deny permanent legal status to immigrants who had a history of long-term institutionalization or of collecting substantial and sustained monetary assistance. Fewer than 1 percent of green card applicants had previously been disqualified on public-charge grounds.

The changes to the rule broadened public charge criteria to include non-cash benefits for basic needs like housing or food that an immigrant collected over any 12 months during a 36-month period. The rule change also counts receiving two different types of benefits in a single month as two months, rather than one.

Various organizations and jurisdictions challenged the rule change, including some in California. Multiple judges then issued injunctions against the rule change.

On Monday, five conservative Supreme Court justices made up the majority, which voted to uphold the rule and lift the injunctions.

Justices Neil Gorsuch and Clarence Thomas issued a concurring opinion in which they commented on the growing problem of lower court judges issuing nationwide injunctions. Gorsuch stated the Supreme Court must confront this practice and that the routine issuance of universal injunctions creates chaos for litigants, the government, courts and those affected by the conflicting decisions.

In recent years, it has become common practice for judges to issue injunctions against Trump Administration immigration policies, which the Supreme Court has now upheld on multiple occasions.

The Trump Administration has argued the rule change upheld on Monday promotes self-sufficiency and personal responsibility. Opponents have argued the expansion of the public charge rule harms safety net programs and results in decreased use of public services by noncitizens.