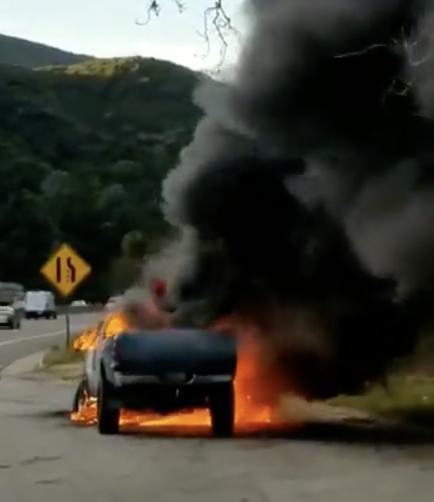 A pickup truck caught on fire on Highway 101 at the top of the Cuesta Grade Wednesday afternoon.

Shortly before 5 p.m., people began calling 911 to report a truck on fire on the northbound side of the highway, according to Cal Fire. Firefighters arrived at the scene and extinguished the blaze.

Video footage shows firefighters battling the blaze and smoke shooting up into the air as vehicles drove by on the highway. Because of the fire, it took people heading home during rush-hour traffic an extra 30 minutes.