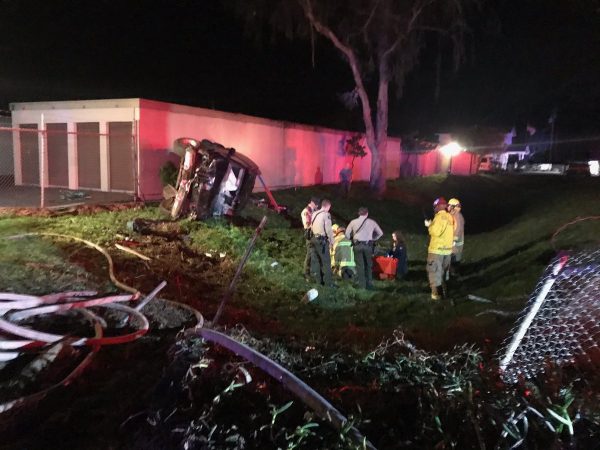 Shortly before 8 p.m., deputies responded to a domestic violence report, but the suspect fled before they arrived. Deputies located the suspect near the victim’s home and tried to conduct a traffic stop. But, the man fled and a pursuit ensued.

The suspect’s vehicle rolled over several times and caught on fire, according to Cal Fire.

Sheriff’s officials say the motorcyclist suffered moderate to serious injuries and was transported to the hospital. The suspect, whom deputies took into custody following the collision, suffered minor injuries and also received treatment at a local hospital.

Authorities have yet to release the identity of the suspect. A sheriff’s office investigation is ongoing.

The California Highway Patrol is investigating the crash.