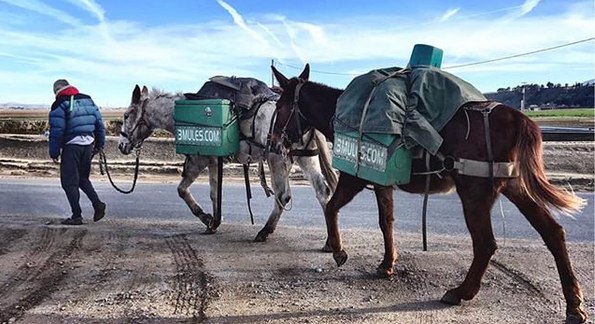 Amid public outrage over the arrest last week of John Sears, known as the “Mule Man,” the California Highway Patrol sent out a press release noting that at least seven people called 911 to complain that Sears and his two mules were creating a traffic hazard.

On Jan. 23, an officer ordered Sears to stop walking with his mules on Nacimiento Lake Drive near Paso Robles. The officer returned and arrested the 72-year-old esteemed nomad for resisting arrest and placed his mules into San Luis Obispo County Animal Services custody.

Sears contends he has a right to walk on the roadways with his mules Little Girl and Ethel. Sears, who goes by Mule, has wandered California with his mules since 2003.

The CHP argues that the law allows Sears to ride or drive his mules, but not lead them. 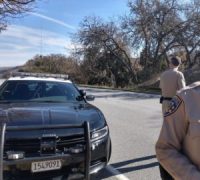 “On January 23, 2020, the CHP San Luis Obispo Communications Center began getting several 911 calls of people reporting a man walking two mules eastbound in the middle of the westbound lane of Nacimiento Lake Road near Chimney Rock Road. CHP Dispatch received no less than seven separate calls from motorists reporting the man and his mules were an extreme traffic hazard and nearly causing collisions.

“A CHP officer responded to the location and upon arrival, observed the man, later identified as Mr. John Sears, leading two mules in the traffic lane. The mules were walking side by side and taking up a large portion of the traffic lane. Vehicles were being forced to go into the opposing lane and over double yellow lines in order to avoid Mr. Sears and his mules. Upon contact, Mr. Sears was asked to stay out of the traffic lane and on the shoulder. Mr. Sears became very argumentative and uncooperative, but eventually moved out of the roadway.

“After several more calls of Mr. Sears and his mules creating a traffic hazard, the CHP officer returned and ordered Mr. Sears to stay out of the roadway. Mr. Sears stated he had no intention of walking on the shoulder and claimed he had a right to be in the roadway and it was everyone else’s responsibility to slow for him. Because Mr. Sears was neither riding nor driving the mules pursuant to the California Vehicle Code (CVC) he was considered a pedestrian and therefore required to yield the right of way to all vehicles on the roadway pursuant to section 21954(a) CVC. Mr. Sears was given a lawful order to stay out of the roadway and he made it abundantly clear he would not obey that order.

“Mr. Sears was later observed walking in the traffic lane in violation of the lawful order given by the officer. In order to protect Mr. Sears, his animals, and the motoring public from the extreme safety hazard his actions were creating, the officer ultimately placed Mr. Sears under arrest. He was booked into SLO County jail where he remained until being released the following morning on his own recognizance without posting any bail. The mules were turned over to SLO County Animal Control and returned to his custody after his release. A report was submitted to the DA’s office charging Mr. Sears with a violation of section 2800(a) VC, Refusal to Obey a Lawful Order.

“The California Highway Patrol Officers assigned to the Templeton Area office go out every day with the goal of providing the highest possible level of safety and service to the public.”