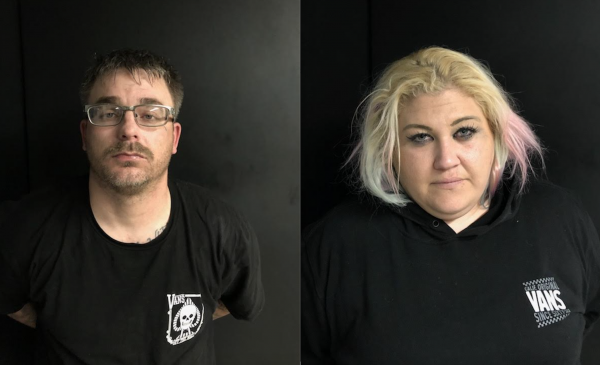 A traffic stop in Morro Bay Saturday evening led to the arrest of a man and a woman from Bakersfield on a host of charges related to identity theft and counterfeiting.

Shortly before 8 p.m., an officer pulled over a car driven by Michael Mahoney, 38, in the 300 block of Atascadero Road. He had failed to stop at a sign,police said.

Police then determined Michael Mahoney had outstanding warrants for his arrest. His passenger, Holly Mahoney, 33, likewise had a local felony arrest warrant.

Officers arrested both suspects for their outstanding warrants, as well as on charges related to identity theft, possession of stolen property and counterfeiting checks and currency.

Michael Mahoney is currently in custody in SLO County Jail with his bail set at $67,500. The county sheriff’s office website does not currently list Holly Mahoney as being in custody.