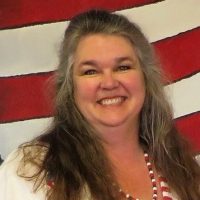 Oceano Community Services District has embarked upon the process to implement a $180 annual flat-rate special fire tax on its property owners. All registered voters will have a say, the measure will need two-thirds voter approval to pass. Absentee ballots are out now and the polls will be open all day on March 3.

Recently, just hours after a “staffing shortage” or “brown out” at the Oceano Fire Station, the district held a two-hour special meeting about the special tax. The Five Cities Fire Authority (FCFA) Chief and the district’s General Manager gave presentations, along with some very nice fire personnel demonstrating hands on CPR.

The chief gave the district’s history as a partner in the FCFA and the general manager explained how, without passing the tax, the district may suffer.

Staffing shortages equate to poor management, that timely “brown out” smells of electioneering and fear mongering. Question, since the station was closed and no one worked their 50 hours, shouldn’t the district realize a credit from the FCFA because it received no service for those hours.

On Feb. 4, Oceano Director Shirley Gibson made an appearance on the Dave Congalton (radio) Show where she reiterated the pending ‘doom and gloom’ should the tax fail. Directors Karen White and Linda Austin both telephoned in pressing the point that the district will “lose their assets” and the Oceano station will close if the tax isn’t passed.

Honestly, when someone is need of emergency service, they don’t care where the personnel come from; they only care that they will receive qualified service. As an automatic aide provider, Cal Fire already performs exceptional service in Oceano when called upon.

Furthermore, based on the County’s Fire Strategic Plan service level analysis, if Oceano divested its fire power, “County Fire will need to staff the Oceano fire station since there is not a reasonably proximal alternative.”

According to the Nov. 2018 Special Districts Fire Protection Study performed by retired Cal Fire chief Dan Turner and retired fire chief Mike McMurry, should the county take the power of emergency services through the divestiture/LAFCO process, County Fire would perform the services for Oceano and would place their personnel and equipment in the district’s Front Street Station.

Rhetoric over response times being 12 to 15 minutes away are just that, rhetoric.

Furthermore, according to the same study, “automatic aid is provided to FCFA by the two City of Pismo Beach fire stations on Bello Street and Shell Beach Road.” These stations are just 7 to 8 minutes away, again, debunking the fear mongering claims of long response times.

Oceano provides property tax-supported services (fire, parks, and lighting) and enterprise services (water, wastewater, garbage and recycling). The district suggests, if the tax fails, the county will “take” their assets (buildings and services) and will leave them with a significant budget shortfall and having to rent an office/board room.

The district is committed until June 2021 to remain in the FCFA, if the tax fails, the district will begin negotiations with the county regarding what assets and revenue the district can offer to help fund the service. These are negotiations, not hostile takeover.

The district offices and board room are fire assets; fire personnel used to bunk in the meeting room, before the modular home was added to the property for housing. Perhaps the administration of the district should have been renting its space from its fire fund all along?

Neither the Oceano district nor the county can use enterprise funds on services that they aren’t intended for, like water funds for fire service. But, the Oceano district will tell you the garbage franchise is at risk and trash will go uncollected if the tax fails. More scare tactics.

Trash, of course, is a health and safety matter and will be collected by the private company paid by residence to pick it up.

The FCFA strategic plan implementation is simply too rich for Oceano’s blood and will result in a significant cost increases. The Oceano district, as part of the FCFA, has not compromised on something less and is asking you to tax yourself based on this level of service.

Another nuance of concern is choice of a flat tax; there are vegetable packing plants in Oceano that present a special hazard of use of ammonia as a coolant for fresh vegetables.

The Union Pacific railroad runs through Oceano, both these industrial land uses present specialized training and equipment needs. Yet, all parcels — residential, business, industrial and vacant will pay the same $180 annually, regardless of their land use type, parcel size or structure square footage. The Oceano district could have been more thoughtful in how the tax would be applied.

Lastly, the Oceano district is touting ‘cost per capita’, comparing their current cost for service with the cities of Pismo Beach, Atascadero, San Luis Obispo, Morro Bay and Paso Robles. They do not define what level of service each of the cities has to fairly compare ‘apples and apples.’ Again, electioneering, misleading information.

Oceano voters need to be fully informed before they cast their votes. Do your own research of the facts and don’t fall for scare tactics. It’s your money and your choice.