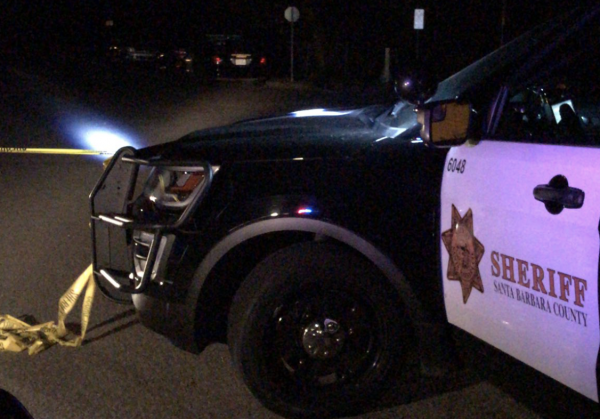 Sheriff’s officials have identified the victims as Mary Jane Becerra Corral and Adolfo Corral. Both victims were 44-year-old residents of Goleta.

Shortly after 5 p.m., callers reported the hit-and-run crash near the intersection of Cathedral Oaks and Winchester Canyon roads. Deputies arrived at the scene and found one of the pedestrians, Adolfo Corral, had already died, according to the Santa Barbara County Sheriff’s Office.

An ambulance transported Mary Jane Corral to the hospital, where she was later pronounced dead.

At the time,  Aguilar was a passenger in a vehicle.

Investigators determined the individual driving the vehicle had no involvement with the hit-and-run. Deputies released the driver at the scene of the traffic stop and arrested Aguilar.

Authorities booked Aguilar into Santa Barbara County Jail. An investigation into the crash is ongoing.