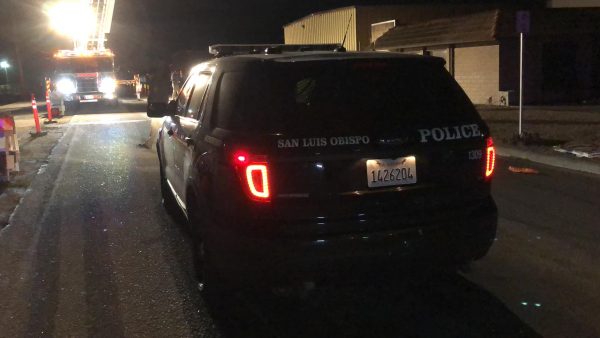 The San Luis Obispo Police Department has identified the man who was struck and killed while walking on Tank Farm Road Tuesday night as SLO resident Michael Hamlin, 52.

Emergency personnel arrived at the scene and found Hamlin lying in the roadway. First responders performed aid, but the San Luis Obispo man died of his injuries.

Officers conducted a sobriety test on the driver and determined neither alcohol nor drugs factored into the collision.

Investigators are working on determining the cause of the crash. Police are asking anyone who witnessed the collision or has information about the incident to contact Officer Luca Bendetti at (805) 594-8060.